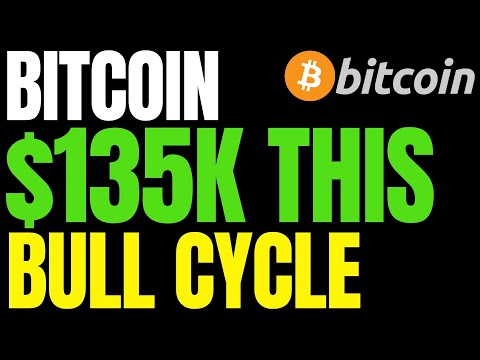 Summary:
Event site: https://www.ri2020.io/
Event date: May 18th, 2020
P-PREP Commitment Date: April 30th, 2020
Telegram: u/markusreisner
We believe we have a strong proposition to market ICON in a meaningful way to some of the largest communities in crypto.
The MouseBelt team has the largest global network of over 100+ universities in 20+ countries. Over the last few months, 10+ university blockchain events we were working with got canceled for obvious reasons.
Due to that fact, and our understanding of our reach we decided to launch a virtual conference. Since April 10th here is what happened:
MouseBelt will invest over $70k+ into this event. We would like to have fellow P-Reps invest $20k (this will go 100% to BlockTV production cost).
The benefit to the ICON community will be:
Background:
MouseBelt is a popular blockchain ecosystem consisting of multiple parts:
MouseBelt as ICON developers:
Our engineering team has implemented token assets on ZenSports (SPORTS), the first STO on the ICON network, and GrowYourBase, the #1 IRC2 application token in market capitalization on the ICON network.
Currently, we are developing the Balanced network in concert with ICX_Station, PARROT9, and Iconosphere. Balanced will bring synthetic assets backed by ICX to the ICON network, as well as tokenized staked ICX. This can assist with both a stable asset for payments, and a base for other DeFi applications
MouseBelt as a P-Rep:
We have been a Main P-Rep most of the time since decentralization of the network and so far had utilized our funds for student education.
Such as the “ICON in a box” workshops and the Milwaukee Blockchain Conference, which we sponsored in a direct ICX payment and the second annual payment for UCLA’s blockchain engineering course.
REIMAGINE2020, Conference details:
Conferences have always been an integral part of the blockchain space to promote projects in the industry.
With recent evolutions around the globe, things have changed. They either got canceled or delayed.
We have created REIMAGINE2020, a virtual conference.
Shared by the ICON Foundation on April 18.
We can effectively and efficiently promote ICON to the world through Reiamgine2020 | BlockTV. The driving force behind the conference is: highest quality of Content matched with the best production quality for Video. The funds will allow MouseBelt to promote ICON logo/branding throughout the conference/programming for straight 72 hr of live streaming. Additionally, we have the opportunity to properly place ICON logo/branding in highly favorable on-screen placements (tickers/commercials/plugs and continuous branding) reaching 5M viewers globally. ICX Station is providing a Keynote to drive global interest.
Confirmed partners
Schedule & Format
Production Status
Audience
In addition to the communities of our confirmed partners and universities we are targeting:
1. Viewers - Tuning into the livestream, attending a workshop, or watching the content post-conference.
2. Participants - Speakers, partners, and sponsors
3. As far as hard data for "attendees" we have two signals:

— Max Keiser (@maxkeiser) October 5, 2020. Keiser is in the “only BTC is Bitcoin” camp. He once ran a campaign to become mayor of London, promising to base the city’s economy on Bitcoin. Though he touts BTC’s infrastructure as an alternative to today’s financial system, much of his commentary is on the topic of BTC price (he has at ... But even at $10,000, he will still make a 40x return since Keiser says bitcoin will be worth $400,000 in the coming years. Jones notes that he likes how you can tailor your approach to buying bitcoin. He calls it a “completely legitimate” way of diversifying your wealth. Keiser confirms that no one can confiscate your bitcoin. He calls it ... In a recent interview by Kitco News, Max Keiser, Bitcoin supporter and founder of Heisenberg Capital, called bitcoin skeptic Peter Schiff aka Goldbug an “imbecile”. Schiff, however, simply used Keiser’s comments from the interview to support his opinion that Bitcoin would be bearish while gold would be bullish in the future on Twitter. Crypto influencers trolled Schiff on the thread, but ... “Max Keiser has a consistent record of presciently and profitably identifying big trends. He was one of the few media personalities to devote significant coverage to us early Bitcoin evangelists. Watching his new fund’s performance will be very interesting,” said early bitcoin investor and Host of the Bitcoin Knowledge Podcast Trace Mayer. “Bitcoin Capital is a Cayman Islands tax ... The lighting Bitcoin price has been making the news lately, growing with a strong momentum. Meanwhile, one of the popular crypto TV hosts Max Keiser advises people to HODL their Bitcoins and follow the latest cryptocurrency news and movements.. In the latest episode of his show, Keiser had Simon Dixon, the CEO of the crypto funding platform BnkToTheFuture, where the guest said that the only ... Binance CEO Changpeng Zhao has apologized for causing concern among the crypto community when he openly spoke about the possibility of a rollback for the Bitcoin blockchain following confirmation of a hack leading to the theft of USD 40 million worth of bitcoins on its platform.. The rollback had caused a sharp backlash, particularly among Bitcoin-only communities, aghast at the very concept ... Max Keiser is an RT host who is known as one of the most vocal Bitcoin proponents. He is a harsh critic of the U.S. Federal Reserve as well as the biggest U.S. banks such as JPMorgan Chase (he even started a campaign to crash its stock). Keiser has been promoting Bitcoin on “The Keiser Report,” his long-running show, since 2011. He hosts it together with his wife Stacy Herbert. In their latest report, Max Keiser and wife Stacy Herbert kick off by discussing a recent note by JPMorgan to its clients. One of the most corrupt institutions of our time proclaims that cryptocurrencies would only have value in a ‘dystopian economy’ in which investors had ‘lost all confidence in all major reserve assets.’ Max, naturally, fights back. Binance, one of the most popular cryptocurrency exchanges with 565 trading pairs, does not require identification information to sign up. However, it announced in mid-June that United States customers would be banned as of 12 September due to regulatory uncertainty. Binance.US is scheduled to open up for registrations and deposits on September 18, and trading will commence soon after that ... Max Keiser, host of the Keiser Report and a long-time bitcoin bull believes that capital flight from Asia will take the price of BTC to new highs. Keiser, who also founded the early bitcoin investment firm Heisenberg Capital in 2013, explained that escalating tensions in Asia were behind bitcoin’s latest rally to $12,000. In a tweet published ...

Max Keiser is a well known broadcaster and film maker, he is the host of the Keiser Report on RT and is the cofounder of Heisenberg Capital a crypto hedgefund. Max is bullish on Bitcoin and we ... Binance - exchange are glad to announce news about Btc with Bitcoin price prediction. Also, we prepared a distribution 6 000 BTC cryptocurrency coins to give... TRADING BITCOIN PAIRS ON BINANCE: How to protect your capital Koroushak. Loading... Unsubscribe from Koroushak? Cancel Unsubscribe. Working... Subscribe Subscribed Unsubscribe 4.43K. Loading ... On Binance and Coinbase, for instance, users can trade Bitcoin with USD or stablecoins like Tether (USDT) without leverage. Volumes coming from spot exchanges are not inflated by leverage or ... - Bitcoin (BTC) is going to hit a giant $400,000, celebrated TV host Max Keiser has said as he raises his price target for the first time since 2012. - Crypto custodian Copper raises $8M Series A ... Best-selling author and former hedge fund manager James Altucher is not backing down from his $1-million-dollar bitcoin call that he boldly made back in 2017... Binance HACKER Offense is one very important piece of news. Binance is now not only playing defense but gong on an offence. We also talk about Bitfixed, Bitfinex vs Bitfinexed and other news and ... Total Tokens Allocated to Binance Launchpad: 1,575,000,000 ONE (12.5% of Total Token Supply) Public Sale Token Price: 1 ONE = 0.003175 USD (price in BNB will be determined on the lottery draw date ... Speaking to RT financial news show the Keiser Report on March 3, Willy Woo described the BTC price hitting $135,000 as a “common-sense prediction.” Woo to Keiser: BTC could soon clinch $250K Chepicap's Will Heasman got in touch with eternal Bitcoin Bull and the host of The Keiser Report, Max Kieser, for his opinion on the Binance hack, the bitcoin re-org, his $100k Bitcoin predictions ...